Protestors took to the streets of New York City on November 26 to denounce Amazon's decision to open a new corporate office, half of which will be located in Queens, Long Island City.

The demonstration comes amid fears that the opening of the office will increase the relatively low housing prices in nearby neighborhoods, causing rent increases and driving out the large population of newly-arrived, low-income immigrants in the borough.

Activists also expressed concern regarding the $3 billion-plus in subsidies that New York state and officials have promised to Amazon in order to lure it to New York, which they say is money that that can go towards funding improved education and health systems in the city. 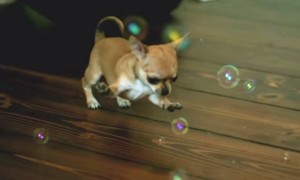 Man and Dog Workout Together