Video filmed from a helicopter by a local infrastructure specialist shows the swamped landscape - included a cut-off road - of the Pilbara region of Western Australia, which became flooded after Cyclone Veronica struck several days ago.

Although there have no reports of injuries, the flooding affected farmers as land stricken by drought was inundated by rains. 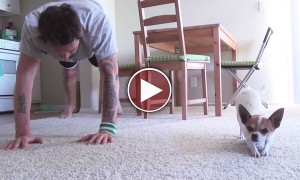