Jon Landau, who produced the movie, said that he and his good friend Guillermo del Toro read the book, as fathers, and “want to make this movie to tell young people everywhere that they can make a change to the world they live in.”

Rosa Salazar, who plays Alita, says she felt a kinship to Alita and her story. “I come from humble beginnings.” 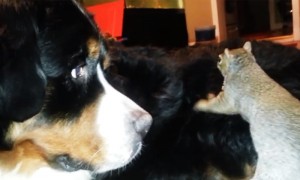 Nazaré storm waves so huge no surfers dare take them on