An alleged drunk man destroyed four ATM machines after his bank card was swallowed at a self-service bank in southeastern China.

The CCTV video, filmed in Xinyu, Jiangxi Province last Saturday (December 8), shows a man trying to withdraw cash from an ATM machine but getting his card swallowed by it because of his improper operation.

Then the man can be seen grabbing two potted plants from the outside and walking back to the self-service bank to repeatedly throw them at the ATM.

According to reports, the man named Li was taking a taxi back home after drinking but found that he did not have enough cash. So he went to withdraw cash in a self-service bank.

Because he was tipsy and improperly operated the ATM, it swallowed his bank card. Li then got angry and smashed four ATM machines and one telephone set.

Li was detained by police and the case was being investigated, reports said. 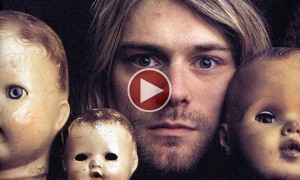 Man arrested after breaching gates of Houses of Parliament