Hilarious footage from inside a second-hand car reminding you why you should always delete connected Bluetooth devices from any vehicles or pieces of technology before you sell them.

In the video, the in-car Bluetooth says, "Bluetooth ready" before the new owner attempts to delete existing devices, one of which has a completely bizarre noise as its name.

"BLEEEEEEH," the man says, before the Bluetooth repeats the name of the device back to him. "Delete 'BLEEEEEEH'? Please say yes or no." The man, unsurprisingly, says yes.

"I bought a used car which was originally from Florida but made its way to a dealership in Virginia," said the filmer. " I wanted to use the onboard Bluetooth system to make calls with my phone but it already had too many devices saved to it. This was one of the 'names' for one of the devices and I thought it was funny enough to record." 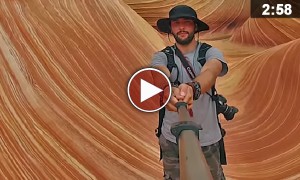