A baby elephant that strayed from its herd and fell into a 30-feet deep well in Ramgarh, located in the eastern state of Jharkhand, was rescued after a five-hour long operation.

According to forest department officials, the elephant calf was part of a 13-member herd of elephants. It tumbled into the well the night before when villagers were chasing the herd away with fire torches.

Officials deployed a JCB machine to dig out the well and create a pathway for the baby elephant to make its escape. After being rescued, the baby elephant ran in the direction of the herd inside a nearby forest.

The rescue took place on December 9. 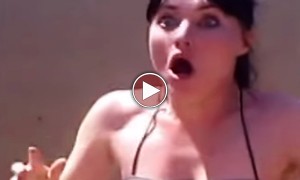