Info from Licensor: "It was a sunny day in the Engadin valley. We were already skiing for quite a while when we thought why not take our Gopro out and film a run. After filming some freeride lines and easy pillows JP Furrer decided to backflip a little natural jump which he did already the run before. So he went for a steezy full layback backflip and didn't think about the cheeky pillow behind sitting in the landing. When he landed both of his bindings kicked him out of his skis and he did a perfectly executed frontflip. Trusting his instinct he just started walking away what could have been a crash. After a laugh, his skis where still parallel where he wanted to land. With a smile he skied away." 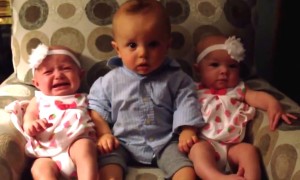 Doggo Takes Horse for a Walk