This is the moment a grandmother had to be rescued after falling off a balcony while she was cleaning - and was impaled on iron railings last Friday (February 15).

Benja Khamkha, 66, was standing on the ledge on the second floor while reaching up to wipe the side of the building. But the housewife lost her footing and tumbled onto the red metal railings below.

Miraculously, the spiked railings missed her vital organs - with two of them piercing the area below her armpits and the one in the middle going into her chest.

Neighbours heard the pensioner's cries for help and called the emergency services who arrived at the home on the busy Sukhumvit Road where they spent an hour freeing Benja.

Rescue workers used hydraulic cutters to remove the railings then slid a stretcher under Benja while she was carefully lifted off the wall and lowered to safety.

She is now recovering in hospital after medics operated and removed the railings. Benja said: ''I've stood on the balcony many times before to clean and never had a problem.

"This time I just slipped while I was reaching up. The pain was very bad. I was in so much pain. I was only thinking, 'Please get me down.'''

Benja was taken in an ambulance to the Kluaynamthai Hospital. Police arrived at the scene and established that the accident was caused by Benji falling while she was cleaning.

Lieutenant Colonel Somsak Jaidee from the Phra Khanong Police Station said: ''We were informed about the woman with iron railings stuck in her chest. She was seriously injured.'' 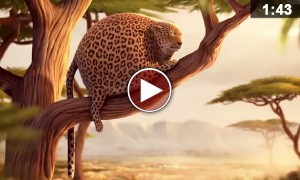