Info from Licensor: I have more base jumps than anyone in the world. I was jumping in Acapulco with Kody (the guy that hit the building). We were doing what is called a two way. We jumped at the same time but when I opened it. I looked down and saw him facing toward the building and strike it. He hung there and climbed into the balcony while an old lady helped him. The building was called La Palapa. It is a residential building that we were jumping legally during a base jump event. The jumpers were unharmed. 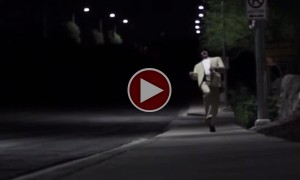 Stubborn husky hates bath time and is very vocal about it