This is the bizarre moment a grandmother caught a live COBRA and carried it along the road ''while in a trance''.

Praneat Kaewbangtu, 75, found the huge snake slithering in front of her house in Chumphon, southern Thailand on July 27.

The old woman, who claimed to be possessed by a snake god, suddenly seized the reptile with her bare hands - clasping its neck and hoisting it above her shoulders.

Footage shows the fearless pensioner comfortably strolling along the road with the 7ft long cobra curled around her right arm.

Shocked neighbour Worawut Choengkrai is heard in the video asking the woman to stop walking but she continued wandering off while mumbling random words.

The filmer said that Praneat is the practitioner of traditional black magic, which he believes gave her the power to handle the deadly snake without being bitten.

He said: ''Villagers are familiar with her bizarre behaviour but some of them are still frightened and concerned that she will get hit by a car.''

Speaking after, Praneat said that the spirit of the snake charmer was possessing her, telling her to immediately catch the cobra and walk around with it.

She said: ''I didn't remember anything or where I was walking to right after I caught that snake until somebody told me what happened.

''I've caught snakes and also been bitten by more than 50 snakes but they can't hurt me. I think the spirit were protecting me.'' 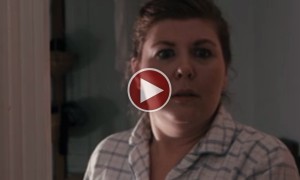