A pro-Brexit protester was filmed on Saturday directing a homophobic chant at British journalist Owen Jones who had earlier addressed an anti-austerity march in London.

The video, which was filmed in Trafalgar Square, shows Jones standing on a plinth next to one of the famous lion statues.

He appears to be having a heated debate with a Brexit supporter standing below.

Jones posted a video on Twitter on Saturday which showed a larger group of aggressive protesters surrounding him.

"I was mobbed by fascists trying to swing punches and who spat down my neck," Jones wrote.

Jones is a prominent British journalist, author and left-wing activist. 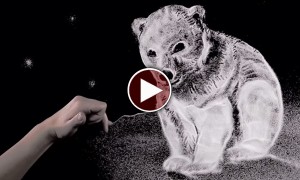