Info from Licensor: A woman and her family were racially profiled while house hunting in Claremont, North Carolina. 'We didn't get pulled over, no blue lights. The officer just saw a black man (my fiancé) driving a decent car in a nice neighborhood.' Monique and her fiancé also had their three year old daughter and their friend in the car. 'We turned into our family friend’s private property, and the officer did the same' said Monique. The officer demanded to see her fiancé's ID, but did not give reason for his request. 'The officer then admitted that we didn't do anything wrong but continues to fish for info of who we are.' said Monique.

In the state of North Carolina, it is not required to identify yourselves unless you are being detained or stopped.

Monique added that it had been a year since the incident, and they have yet  to received an apology from the Claremont Police Department, and the officer involved is still on the force.

Monique posted the video online to raise awareness about the matter, and then five days later was fired from her job. Her company did not explicitly state that she was fired for this reason, although no other reason was given. 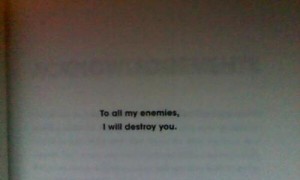 Dog Gets Mad at the Mail

Car Rolls Over After Swerving to Miss Merging Traffic