Pitbull Terriers have a fearsome reputation - but this adorable mutt showed they also have a much more gentle side.

The two-year-old pooch named Somsong was going for a walk near his home when he heard a child's bike playing the nursery rhyme 'twinkle twinkle little star'.

Somsong was a picture of innocence as he stopped and inquisitively cocked his head while listening to the soft music.

Owner, Woraphan, who was walking the family dog with his wife at the time, said: ''He is the most gentle dog in the world.

"We adopted him because he was abandoned when he was a puppy. He's smart, too.''

The footage was captured on March 20. 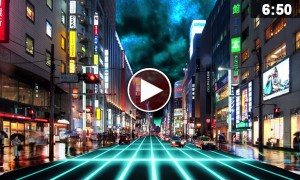