This was the shocking moment a motorcyclist in Kent, southeast England dodges a driver on the wrong side of the road after emerging round a bend on July 1.

Footage from the country road near Sellindge close to the Kent Downs shows a large van with a trailer on the wrong side of the road.

They told Newsflare: "Driving home from a ride out, was enjoying the ride, and then as I go round a bend, I meet a driver coming towards me on the wrong side of the road.

"I was glad I was on the bike, as I think a car would've had difficulty avoiding the accident.

"I pulled over to have a breather, a driver a few minutes behind checked I was ok and said they had nearly been taking out by the same driver, as they had not moved to correct side of the road." 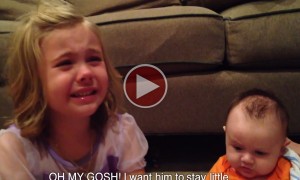