London's emergency services have attended a fire that broke out at a shop near Clerkenwell Road in Farringdon this morning (July 15).

No injuries were reported by police on the scene where they said the building was “swept’’.

An extended police cordon was set up spreading to Farringdon Road but a more secure perimeter was established closer to the blaze on Black Hill.

Some passersby were refused entry to neighbouring buildings to avoid smoke inhalation despite office workers being locked inside office blocks close to the fire, for their own safety.

Emergency services including police, fire brigade and ambulance service were in attendance.

One police officer said: "It was initially a six-pump fire, but Grenfell was a four-pump fire.”

London Fire Brigade has tweeted: “Eight fire engines and around 60 firefighters have been called to a fire at a ground floor shop in #Clerkenwell.”

Another police officer said that emergency services were on the scene at close to 6:15 this morning.

A police helicopter has since been circling the skies above the incident. 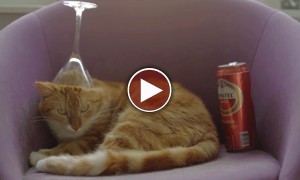