Firefighters saved a two-year-old boy who got his right arm stuck in an escalator in a Chinese mall.

The video, filmed in Yuanjiang city in Hunan province on July 5, shows the toddler's arm being sucked into the gap down the side of the escalator's handrail.

A man can be seen running to press the button to stop the escalator before the child reached the bottom.

After firefighters arrived, they managed to tear down the escalator and expanded the gap to free the boy's arm.

After half an hour, the boy was rescued successfully and immediately sent to hospital for treatment.

The two-year-old reportedly put his arm into a gap on the side of the escalator due to his curiosity but got it stuck inside.

The boy is still undergoing treatment, reports have said. 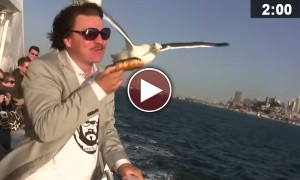