This was the morbidly satisfying moment a three and a half metre long Burmese Python shed its skin with the help of a local vet in Chile last Saturday (February 16).

The veterinarian lightly grips the body of the python, allowing the dead layer of scales to peel off slowly as it slithers out of its old skin.

The vet explained that the snake didn't have enough friction from where it was placed to get rid of the excess skin.

The filmer said: "Since it’s on a stand, it doesn’t have enough friction to slither the skin off, so the vet is grabbing the skin, allowing the python to move freely and shed the skin more efficiently." 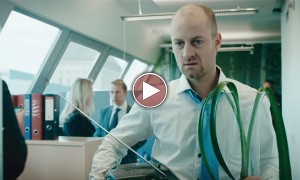