This is the touching moment a man and a little girl were seen watching 'Tom & Jerry' together while commuting on a train in Singapore.

Footage shows the man holding his phone while the giggling girl watches the cartoon intently as she sits next to him.

The incredibly cute video, filmed on May 27, has gone viral on Twitter garnering more than 131K likes and 43K retweets. 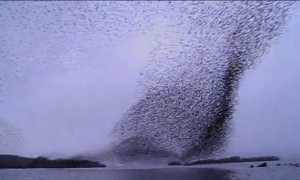 Thai farm where durian fruits sell for up to £25,000 each celebrates this year's harvest

'OMG that’s a dog!' Man has hilarious reaction to a Puli pup