Supporters of the jailed far-right activist Tommy Robinson gathered in central London on Saturday to call for him to be freed from prison.

Robinson, whose real name is Stephen Yaxley-Lennon, is the former leader of the far-right, anti-Islam group the English Defence League.

In July, Robinson was jailed for nine months at the Old Bailey after he was found guilty of contempt of court. 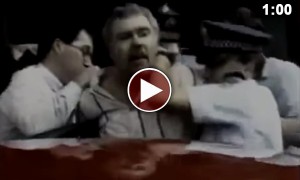