This is the bizarre moment hundreds of live frogs were sold from the back of a pick-up truck in rural Thailand.

The amphibians were crammed into flat-bed part of the vehicle as it did its rounds in Kalasin, northeastern Thailand, on April 4.

Instead of ice cream or groceries - like many other food vendors around the world - this seller had decided on the more unusual snack.

And there was no need for him to ring a bell as the sound of the frogs making a ‘ribbit ribbit’ sound was enough to alert locals.

Villagers were filmed converging on the pick-up truck and picking the healthiest looking frogs to eat and stuffing them in plastic bags.

Resident Suchet Somwongsa said: ‘’I didn’t buy any but everybody else was quite excited by the frogs. It’s a new type of food delivery in the are. This is the first time I have seen it.’’

Thai residents said it was unusual to see live frogs being delivered to homes.

P’Ning, from the capital Bangkok, said: ‘’This is definitely not normal. It would never happen in one of the cities.

‘’I’ve never even heard of it before in remote villages. We will see if it becomes popular. People do like to eat frogs, especially in the north.’ 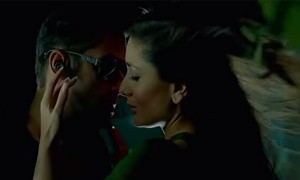