Indian police officials rounded up bike riders for traffic violations and made them do push-ups.

The group of youngsters did push-ups together in Raebareli on March 21, the day many parts of India celebrated the colourful festival of Holi.

An official kept count as they exercised and those who proved to be lax were persuaded with a stick to get the posture right.

Police had warned city youngsters from getting drunk and driving during Holi.

Many riders, who failed to take the warning seriously and flouted traffic rules, were rounded up and brought to a local station for a good session in push-ups.

A police official said most men had been detained for triple riding, which is banned by the law. 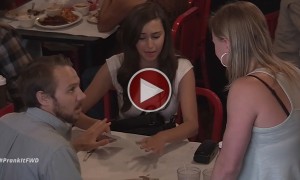 Rescued sloth bear steps out of cage for freedom

Makeup artist transforms herself into Oscar from Shark Tale movie