This is the hilarious moment a motorcycle rider received a dose of instant karma - crashing while he was leering at a woman's backside.

The vest-wearing man was riding his scooter along a busy road in Bulacan, the Philippines on January 23, when he noticed the woman.

He repeatedly turned his head to follow her as she strolled along the pavement.

But the man forgot to keep his eyes on the road and while he was looking at the woman and he crashed straight into the motorcyclist in front of him.

Rider Ronhel Lingad, who was in the flow of traffic and captured the moment using his helmet camera, said: ''He would not have crashed if he had been paying attention to other vehicles.''

''I have to admit, I laughed a little bit. This must be what instant karma looks like.'' 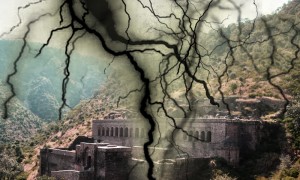 When you need a sleep but food is life