An announcer on the London Underground subway does a glorious impersonation of boxing announcer Michael Buffer Monday morning (August 12) to the delight of commuters.

"This train, fighting out of the north corner, weighing in at 660 tons, the undisputed, heavyweight champion of the world!" rattled on the hilarious impersonation from the announcer.


"I want some of whatever the @LondonDLR staff are having," said Nick, the filmer. 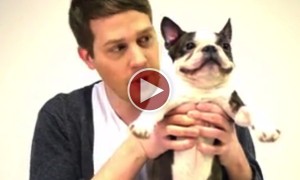