A motorcycle taxi rider in Bangkok takes his two pet Pomeranian puppies to work with him - perched on a plastic chair on his scooter.

The man even dresses his beloved dogs in jackets just like his. One of the puppies, the male one, wears an orange taxi rider jacket which matches its owner.

He keeps them in the footwell of his motor scooter while riding around with passengers who ride pillion on the back.

The filmer said: ''I've seen this guy before a few weeks ago and he had his dogs with him then.

"He was picking up passengers on the back while the dogs sit in the front.

"He told me that he doesn't want to leave the dogs at home on their own so he made a special chair for them to sit in while he's working on his bike.

"I think it's really sweet, he obviously cares a lot about his puppies.''

The footage was captured on April 19. 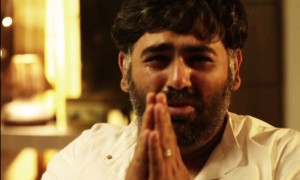 Families VS the Outdoors