A motorist in southern China forced a bus to stop by driving in front of it after his wife failed to get on.

In the video, filmed in Jiujiang City in Jiangxi Province on March 31, a white car suddenly changes lane and drives in front of a bus to make it stop.

In another clip, a female passenger can be seen falling down the stairs from her seat as the bus suddenly has to emergency brake to avoid the car.

According to reports, the motorist's wife did not catch the bus, so he drove to chase the bus and forced it to stop.

Several passengers fell down and suffered injuries. Police have detained the motorist. 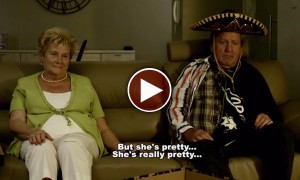 Agonising wait for relatives of Christchurch shooting victim in Indonesia

The biggest football players in the world? ELEPHANTS play professional football in Vietnam