An Argentinian sportsman has discovered a new passion for skiing despite a serious condition that affects the mobility of his legs.

Nicolas Lima, a 19-year-old with arthrogryposis multiplex congenita, a condition that can cause curved joints, muscle weakness and stiffness, is now training with an Olympic instructor with the aim of competing in the next Winter Paralympic Games in Beijing in 2022 as a cross-country skier.

Footage filmed last summer shows Lima on the slopes with crutches demonstrating a specially adapted chair before participating in MINIMarchaBlanca, a skiing race in Patagonia for people with disabilities.

''The first days were hard as I could only use my arms," says Lima in the video.

Despite the pain, Lima has not stopped pursuing his dream.

''My objective is to improve every day and give the best I can in the race,'' he says in the video. ''Feeling the adrenaline when you go down a slope on your own is amazing.''

In a recent interview with Newsflare, Lima spoke about his start in the skiing world and what motivated him to pursue a professional career in this sport.

''I started to ski in the winter of 2018. The opportunity came when the Brazilian Paralympics ski team came to the city I am from, Ushuaia [on Argentina's southern tip].''

''I fell in love with cross-country skiing so I decided to train and take part in competitions,'' he added.

''My goal is to promote this sport in Argentina and get more people to participate. I also think about representing the country in the Paralympics. We'll see how it goes for now.'' 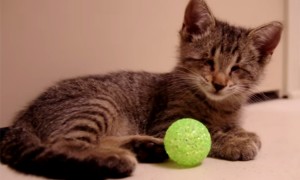 He's a Psychic! Dog knows exactly what owner is asking