An old Chinese man who was lying barefoot on a train seat attacked a young man who was trying to ask if he was sick in eastern China.

In the video, filmed in Hefei City in Anhui Province on April 6, an old man was seen lying on a row of seats on a train, with no shoes on his feet and a hat covering on his face.

In another video, the old man can be seen trying to slap and kick a young man and yell at him continuously. 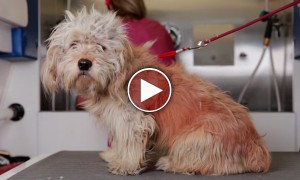