Police are looking for the drivers of what believed to be two black cars after a man in his 40s was hit and killed in Neasden.

A section of the A406 westbound carriageway has been closed since just after 3 am today (May 20).

Officers say both cars failed to stop at the scene.

In a statement, a spokesperson for Scotland Yard said: “The A406 / Chartley Avenue at Neasden is closed west bound following a fatal collision early this morning.

"At 03:09hrs on Monday, 20 May, police, London Air Ambulance and London Ambulance Service were called after a pedestrian was in collision with a vehicle(s).

"Two cars, both believed to be black (no further details) failed to stop. A man in his 40’s was pronounced dead at the scene, officers are currently working to establish his identity.

"No arrests. The road will be closed while on scene investigations take place.

"Anyone with information or dash cam footage is asked to contact officers in Brent via 101 quoting reference 699/20May or Crimestoppers anonymously on 0800 555 111.”

The road is expected to be closed for a number of hours. 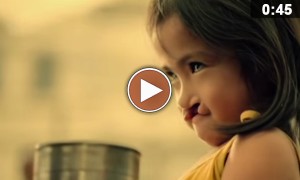