Info From Licensor: The idea came from other YouTubers exposing corruption in local government. With regard to the content in the video, my family and friends were flabbergasted and disturbed by the behavior of the police officers. So, I see two Miami-Dade police officers conducting a traffic stop, I park, I pull out my two cameras and walk towards the scene; I stand across the street lest I disturb the traffic stop and immediately a police officer walks over to me and begins to bark orders, so I asked for his supervisor; the two officers then proceed to harass me and demand my identification. A complaint has been filed against both officers; both officers are to be “disciplined and retrained.” 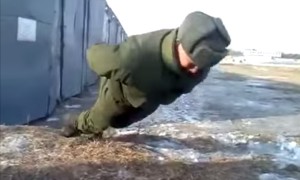 Man Takes on The Labor Simulator