Violence breaks out in a small English town during a medieval "Shrove Tuesday" tradition.

The scuffles took place in Atherstone, Warwickshire during the 820th Atherstone Ball Game, as hundreds of eager competitors battled to gain control of a sphere.

The town has a population of around 10,000. It's a dog-eat-dog event, with contestants using all means necessary to be in control of the ball, from punching and kicking their way through crowds, to climbing on the surrounding buildings to gain an advantage.

The game dates back to the medieval times and the two main rules are that (fortunately) you are not allowed to kill anyone, and that whoever holds the ball when time is up is declared the winner.

In its early iterations a bag of gold was used instead of a ball. The game lasts for two hours. 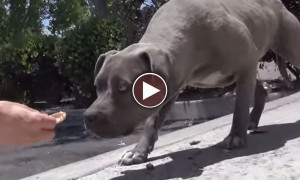