A rampaging elephant who broke its chains causes havoc in a South Indian town on April 18.

The elephant was reportedly taking part in a festival at Kalimuthi temple in Kazhalmannam, Kerala when it broke it's chains and first attacked its handler.

Footage shows the angry beast storming through the street and comes close to filmer who is inside a building. The elephant then pushes over the concrete support for the awning with its head above the filmer. Screams are heard from behind the camera as the roof all but collapses.

The footage continues to show how the furious elephant flips over cars with ease into trees on the side of the road while locals throw projectiles at the enormous raging mammal. The escapee elephant then bats an unknown object down the street with it's powerful trunk as men try to recapture it with ropes.

Towards the end of the footage, men run in terror as the elephant turns on them again. 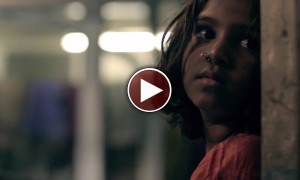 'We Love You!' chants ring out in Marble Arch from Extinction Rebellion protesters waiting for Greta Thunberg to speak