Beachgoers were stunned when this rare double waterspout tornado whipped through the sky above the sea on Wednesday, June 5.

The incredible natural phenomenon was captured over the coast of Krabi, southern Thailand, just before sunset.

Footage shows how the tornado-like funnel cloud formed below ominous grey clouds and moved over the ocean.

Hundreds of beachgoers and residents in the area gathered to watch the spectacle before the clouds disappeared after a few minutes.

Onlooker Thanongsak Yongpraderm said: ‘’I was working at the time when I noticed the clouds. I was amazed that there were two.

‘’I stood watching for a few minutes then the clouds just sort of faded away. The sky was grey and it was quite scary. A lot of people stopped to watch.''

Waterspouts, or funnel clouds, are intense columns of swirling tornado clouds that form over a body of water.

They are most commonly found in subtropical areas and disappear shortly after they come into contact with land.

Thailand’s humid climate combined with fierce thunderstorms can often give rise to waterspouts in coastal areas. 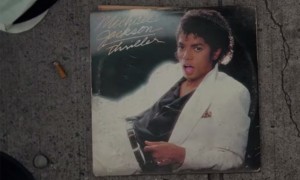