An attack has taken place on a Kenyan hotel earlier today (January 15) in what is being described as a terrorist incident in central Nairobi, near the business district.

At least two explosions have reportedly been heard along with numerous rounds of gunfire as members of the public have been seen evacuating the area.

Video filmed from the top of a nearby hotel shows smoke rising from a building and sirens - coming from ambulances, according to the filmer - blaring. 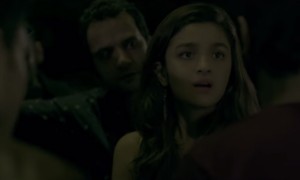