Cleanup and recovery is still ongoing in the Palu area on the island of Sulawesi, Indonesia following the devastating earthquake and tsunami on September 29.

This aerial video, filmed by Bali-based photographer Richard Alma on Saturday (October 6), shows the scale of destruction caused the earthquake and ensuing natural disasters at the towns of Baleroa and Petob.

Many are still looking for missing family members, shown here from above as rescuers comb the wreckage, but authorities are calling off final searches for survivors this Thursday.

At these towns near Palu, a process known as soil liquefaction swept away entire neighbourhoods with rivers of soil, caused by extreme saturation of water in the earth sending ripples through the land.

This disaster after the tsunami alone is likely responsible for thousands of missing persons, while over 60,000 people have been displaced.

More than 450 aftershocks rocked the island since the earthquake hit on September 28.

Almost all of the dead have been buried in mass graves, local media reported. 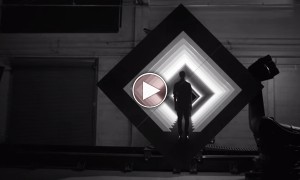