This giant mushroom is being worshipped by superstitious locals who claim to have seen smoke emerging from its stalk.

Locals gathered to worship the bizarre fungus after it was mysteriously found growing next to a roadside restaurant in Uthai Thani, central Thailand.

Pranom Inthaphun, 59, first noticed what was a tiny mushroom poking through the concrete floor of his shop in December 2018.

Workers attempted to get rid of the fungus but its root was too strong, which made it difficult to pull out through the hard surface.

After seven months of growing, the huge mushroom now measures 32 centimetres wide with a brown and hard woody texture.

Some customers claim to have seen the lingzhi-like mushroom also producing a strange smog from under the canopy, which they believe will bring them good fortune.

Footage taken yesterday (July 8) shows how a special protective wall has been built around the mushroom, while locals have been giving it offerings of garlands, fruit juice, and incense.

Pranom, the restaurant owner, said: ''I was very surprised to see the mushroom could break through the floor while other plants couldn't.

''The smoke didn't come very often but it looked like white pollens and would turn red when falling to the ground.''

Pranom also believes that the mushroom is a potential source of prosperity for her and her family.

''I took a good care of it because I think there's an angel living there. I bring him water and food every morning to pay respect to him,'' she added. 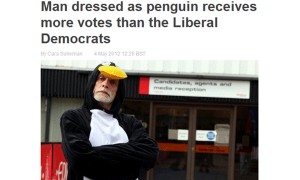 Attack of the Hose!