Dean Zimmer is no ordinary drummer. Zimmer has arthrogryposis, a rare congenital disorder that makes it difficult to move his joints, according to the Los Angeles Times. Despite being restricted to a wheelchair, Zimmer pursued his dream to be a drummer. In fact, due to his limited range of motion, his drumming style maximizes efficiency. The fact that he always from the heart is a testament to his love of music and staggering levels of will power! 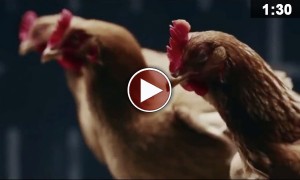 He Was Given This Awesome Power But Then He Goes In Over His Head. Find Out What He Does!