There’s an old joke that women live longer than men because they don’t marry women. This dated attempt at humor isn’t funny for many reasons, but especially because it’s simply not true. Men, by and large, tend to do more stupid stuff. Don’t believe us? Then watch. 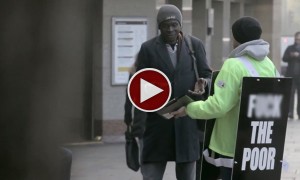