A Shaolin monk in eastern China showed off his strength and the strength of tofu, by breaking bricks placed on and between blocks of the soft food.

Then he can be seen chopping the two bricks into half with his bare hand, while leaving the tofu intact. 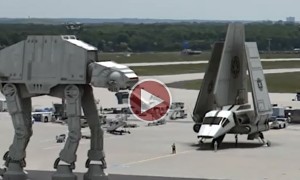