A spider with an alien-like face on its back was spotted by a woman in her house in southern China.

The bizarre video, shot in Yuanjiang city in Hunan province on July 9, shows a green spider with some patterns looking like eyes, nose, mouth and hair on its back.

The woman named Li was filming and talking to the spider. She said: "If there were no mosquitos to eat in winter, will it leave my house? I really want to keep you as a pet at home."

Li said she wanted to return it back to nature. But if the spider wanted to stay in her house, she also likes to keep it a pet as it looks cute and odd.

Experts had different opinions on the spider. Some thought the rare phenomenon might be caused by albinism, but others thought it was the mutation of normal spiders. 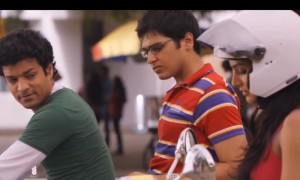