Dramatic footage shows UFC star Stephan Bonnar being pinned to the ground and cuffed by police as he was arrested for driving under the influence last Sunday (October 28).

The fighter, nicknamed ‘The American Psycho’, was detained Sunday afternoon in Las Vegas after motorists reported his “erratic” driving at 90mph.

Witness Katie Dyer, 29 said: “If nobody had stopped him I think he would be dead. He was going to hit something, whether it was a car or a wall, and another person could have died.” 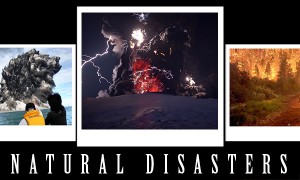 These 20 Amazing Pictures Of Natural Disasters Will Blow Your Mind