Speaking afterwards, Anderson, who is a friend of Assange, was clearly upset as she described visiting him in the prison.

"I can't imagine what he's been going through," Anderson said.

She said she would "keep fighting" saying his imprisonment was "just misrule of law."

She also said it was unfair because "he has sacrificed so much to bring the truth out."

A struggle is underway over a US request for Assange’s extradition after he was jailed for breaching bail conditions to avoid being extradited to Sweden. 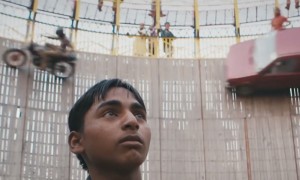